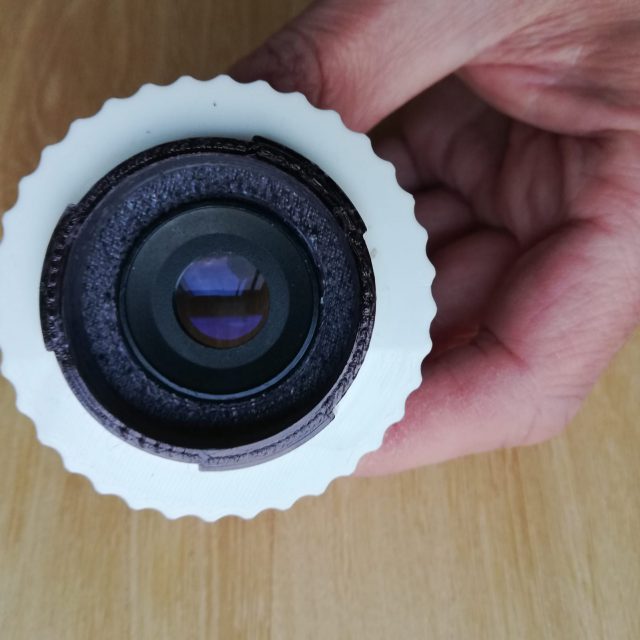 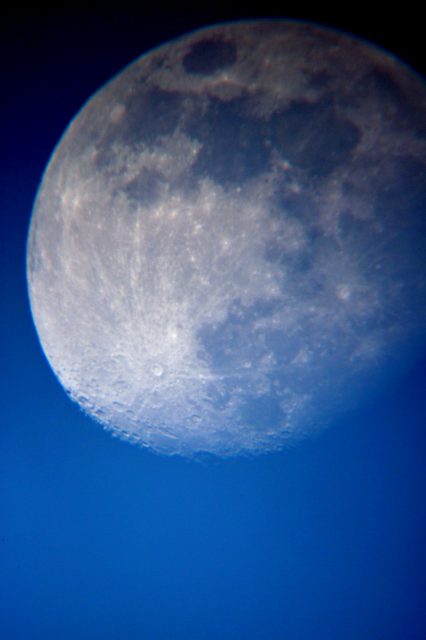 Last week Marko Luther send me the Colino coffee grading kit. The Tonino team consisting of Marko Luther and Paul Holleis developed a system with a full array of sieves for Arabica, Robusta and even peaberry green coffee beans under the name Colino. The colino kit was partly inspired by my lasered coffee grading kit, but improved on many aspects. My kit was large, made of plastic and expensive to produce. The Colino kit however is small, completely biodegradable, can be easily stacked and can be produced & shipped at lower costs. See for more information and an assembly instruction this post on Frans Goddijns’s blog. I recently bought a second hand Mahlkonig K30 Vario grinder. This grinder did not work at all but I got it for only 150 euro. After a thorough inspection I found that one of the essential wires for starting the grinding was loose. Just a little bit of soldering was enough to make this grinder work again. This made me happy but the grinder was still not usable because it lacked a hopper. I searched on the Internet for a replacement but these replacements seemed to be quite expensive. Luckily a friend of mine, Frans Goddijn, still had beautiful spare Compak – Londinium hopper stored in this attic. Frans was generous as ever and gave me the hopper for free. There was however still one problem to be solved.

The Compak hopper did not fit my Mahlkonig K30 at all. How could this be fixed?

I decided to 3D draw and print the adapter. I made the design with 3D CAD software Fusion 360 and printed it on my small but excellent 3D printer (prima creator). The hopper was printed in several parts, because there was an overhang in the design and that might have given bad printing results. The design also includes a printed screw to fix the hopper to the adapter.

Download the 3d files if you want to print the adapter yourself.

k30 adapter screw
k30 adapter top
k30 adapter base
Hint: To attach the top and base part, you need to put some filament in the small holes and use glue. A few months ago we wanted to order some extra TC4 boards for our roaster. This board is an arduino shield that can handle 4 thermocouples and takes care of precise temperature measurement. During the order process we had a problem. We could not order them anymore from the mlpg-website. All the “order buttons” seemed to be disappeared and mailing them gave no response. But somehow the universe came with a solution. A few weeks ago we got in contact with Viliam from Slovakia. He also needed TC4 boards for his projects and he told us he had decided to produce the TC4 by himself. In case he was succesful we could order from him. A few weeks ago he told us that he had succeeded and he would send us one of his first production TC4 v6.01 board and his Zero Cross Detector (ZCD). The ZCD is a device that detects the sine waveform transition which is needed to control the airflow of our AC Blower. Today we tested his boards and it all worked perfectly. Many thanks for Viliam to keep this valuable arduino shield alive!

Another nice movie by Frans. Last weekend we tested the Fluid Bed Roaster again. There were several improvements made to the machine. Tije has improved the thermal insulation and housing. Also he improved the internal airflow, this prevents beans from unintentionally ending into the chaff collector. Also some software changes were made. To prevent burn through of the heating coils, the fan now has to get a minimal of 60 percent power. Otherwise the heating element will get no power. To improve roasting performance it would be helpful to use different PID-settings during a roast. Tije tried to implement this, unfortunately this didn’t work. Frans Goddijn contacted Marko Luther, the maker of the more then excellent Artisan roast software. Marko is again very helpful and tries to fix this. Many thanks again for his outstanding help.
END_OF_DOCUMENT_TOKEN_TO_BE_REPLACED Last week we tested the next version of The Fluid Bed Roaster prototype. Tije designed and constructed this new roaster. In the picture above, you can see him charging green coffee beans on the prototype. The roaster has a build in cooling, chaff collector, LCD screen and it uses a more powerful and less noisy blower. Also the roaster has a higher capacity (batch size) than the previous model. I worked on the Arduino TC4 control board and electronics. In this first test we encountered a technical problem. I got a much cheaper relay to drive the blower of the roaster. This relay blew immediately after powering up the device. We will switch back soon to Crydom 2425-10 relay that has proven to work solid in the previous prototype. For speed control we reverted back to manual Variac operation of the blower. The PID settings to control heater intensity also needed some work and Tije has already worked on a heat isolation of the roast chamber. The purpose of this insulation is to make the roaster more energy efficient and make it easier for the roaster to reach a desired finish temperature. END_OF_DOCUMENT_TOKEN_TO_BE_REPLACED I recently got some Indonesian Mandeling coffee. This green coffee looks like a mess, some are large, lots are small, many are broken and a large number of them have defects. More than 12% of this coffee should not land in your cup of joe. But after proper sorting, this bean can really shine. The problem however is that this sorting is a tedious proces. It takes more than an hour to sort 750 grams of this coffee. Frans Goddijn uses a his own fan and a pan technique for sorting the beans. This is presumably a good and effective method. But because I was looking for my first Laser Cutting project I thought of something else. END_OF_DOCUMENT_TOKEN_TO_BE_REPLACED

Here is another espresso funnel that I made. The bottom of the funnel is slightly curved, this creates a tight fit with an espresso basket. Want to try it? Just download the model from Sketchfab. The models doesn’t need to be scaled when printed in PLA. For the best results you need to print it upside down. Two months ago I bought my first 3D printer, the PrimaCreator P120. This printer retails for less than 300 euro’s in the Netherlands. This small 3D printer has great looks and fits easily on your desktop. The printer is sold under different names under the world. You can also find it as the Malyan M200 and Monoprice Mini Select. I decided to buy the PrimaCreator P120 because that version was locally available and I wanted a fast shipping and a nearby shop in case of problems.

END_OF_DOCUMENT_TOKEN_TO_BE_REPLACED Our little kitchen is crammed with cooking equipment and giant roaster, a huge EK43 grinder and a big espresso machine. A few months ago I bought a Londinium R lever machine. The machine is still unpacked but it will be installed in the coming days. The machine has a huge lever that makes the machine a bit taller than my previous La Marzocco GS3. I’m sure that my girlfriend will not be pleased because our tiny kitchen will look more crammed than ever before. The best thing to do would be a complete kitchen makeover or just move to another house. This, however isn’t very practical because we can’t afford any of those at the moment. I, however thought of a different solution that was much more practical. The idea was to make our EK43 grinder look a little smaller. How could we do that? Well, I recently bought a tiny lovely 3D printer. END_OF_DOCUMENT_TOKEN_TO_BE_REPLACED The recently launched Londinium Espresso Distribution Tool promises to reward you with a very high level of consistency to your espresso extractions. What is the effect of using the LDT? Does an espresso made with this tool taste better? Frans is doing a series of experiments of the tool in combination with different Compak Grinders. Blind tasting is a great way to measure the effect of the LDT but a downside of this method is that it’s very time consuming. One would need many samples tasted and compared. Also this method is not completely objective. The selection of the espresso tasters would influence the result of the experiment. END_OF_DOCUMENT_TOKEN_TO_BE_REPLACED

The cleanness of your espresso machine will highly influence the cup quality. Dirty water from the brew head will lead to a dirty cup, it’s as simple as that.

There several ways to clean the brew head. Methods include back flushing and cleaning with a stiff-bristled stick. Although important, I have to admit that these are not my favorite activities. Espazzola is a cleaning tool you can insert into your group head instead of a portafilter. The tool is supposed to make cleaning of the brew head much faster and easier. Instead of brushing out the group-head by hand, you can simply wash the dirt away. The designer of the Espezolla claims that by using it you will only need to back flush your machine once a week. I tested the Espazzola to find out if it does live up to its promises. END_OF_DOCUMENT_TOKEN_TO_BE_REPLACED